The Metropolitan Museum of Art (Met) Collections was the first visualization I did. It takes the collection and creates a simple breakdown in the manner that I start most of my initial data analysis. For museums, I've found that departments are a good starting point to look at collections because they are a more reliable way to divide what's in a collection. Other fields, such as the culture, location, or medium tend may vary based on specificity and time - this makes it hard to use because it's not entirely consistent and may be overly verbose for a summary. 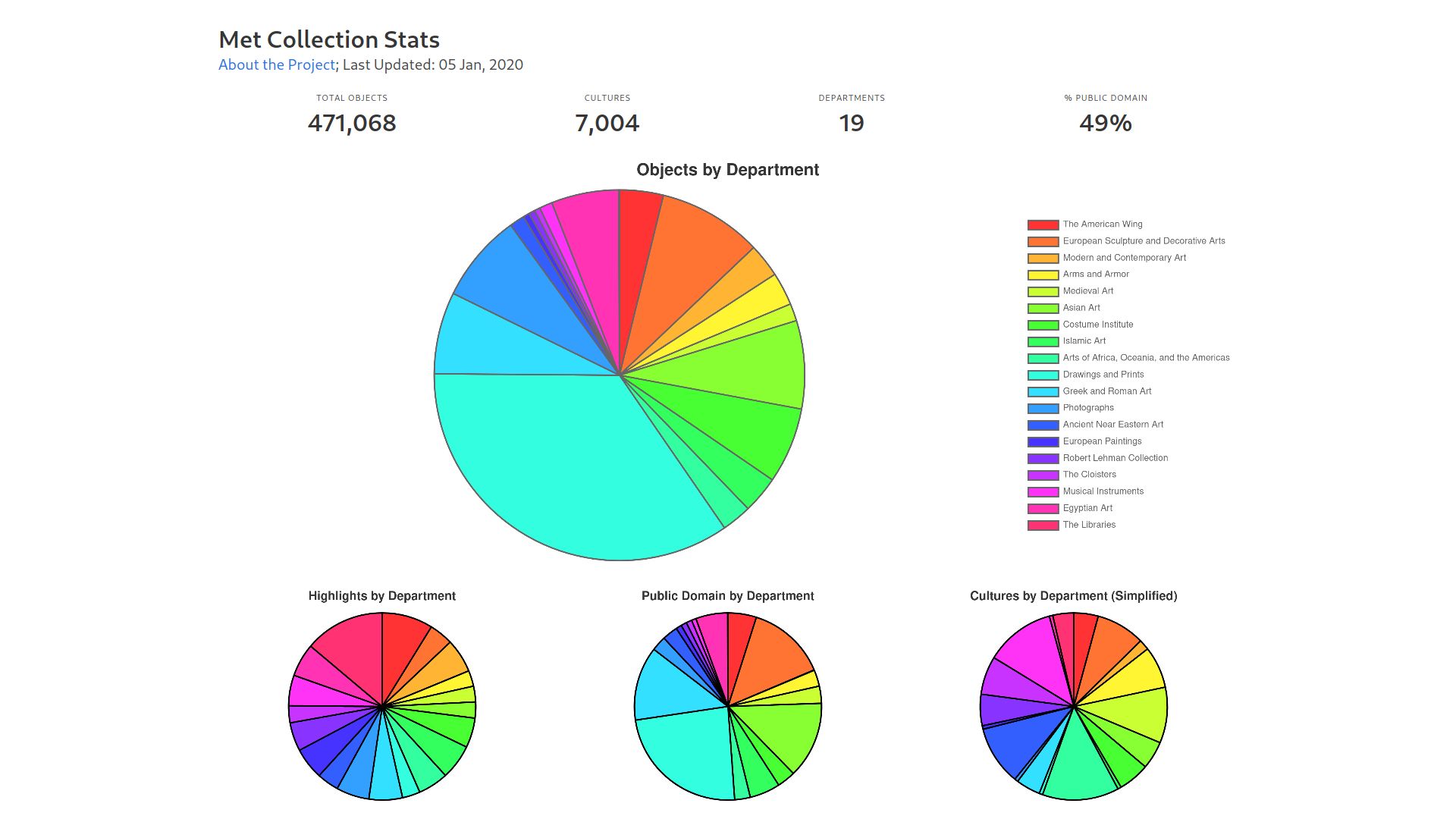 In the collection there were several fields I saw and was interested in. Using the department to separate the collection into parts, I looked primarily at culture (as specified by the Met) and the percent of the department that was marked Public Domain (in particular because this was an Open Access/Open Data initiative and I have an interest in Open works). I also took a look at what works were marked as "highlighted" and the mediums listed. Part of what was interesting was finding departments where almost all the objects were marked of an "Unknown" culture and how inconsistently the field was used.

Being my first museum visualization, there is room for improvement (for example, some of the top summary pie charts should probably be bar charts...), but I'm still happy with it as my first piece.

Try it for yourself

More about the process